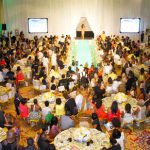 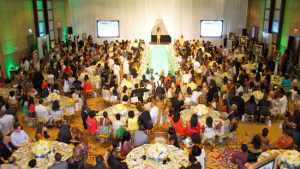 “Our goal is to use the funds collected by Catwalk for Charity and bring the joyful spirit of Christmas and the value of education to Haitian children in need of food, school supplies and toys,” said BWS founder Judith Joseph. 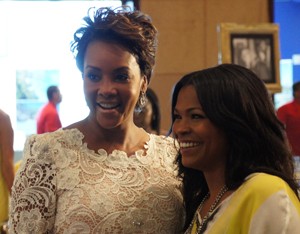 “We designed a lighting scheme oriented around the primary green and white colors of the event,” said CHAUVET Product Specialist Nick Airries, who volunteered to design and program the lighting. “We also wanted a stunning catwalk design able to change color and catch people’s attention. A lot of models praised us for runway design because the fixtures lit them without blinding them,” said Airries.

To provide ambient lighting within the venue, 15 CHAUVET Professional COLORdash Batten wash lights lined the walls and created a soft glow. Airries used ShowXpress and Xpress 512 Plus to control the fixtures. 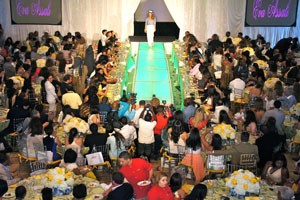 Last year, Catwalk for Charity raised enough funds for Breakfast with Santa to distribute 2,000 backpacks filled with school supplies and over 2,500 toys to Haitian children. Joseph said CHAUVET lighting played a huge role in bringing the event to the next level.

“The celebrities and fashion designers noticed the lighting and it absolutely made a tremendous difference,” said Joseph. “The feedback is great because Catwalk for Charity is instrumental in making Breakfast with Santa distributions a reality.”

Two members of the Chauvet family, Christian and Caroline Chauvet, assisted with the fashion show’s set up. “The cause is very important to my sister and me because it has only been two years since the tragic earthquake in Haiti,” said Christian Chauvet. “I think it turned out nicely.”