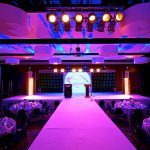 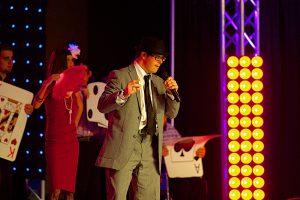 MIAMI, Fla. – Chauvet puts the shining members of the Community Habilitation Center (CHC) in the spotlight by providing more than 80 products to light the organization’s fashion show held at the Miami Airport Convention Center.

Every year, CHC, an organization that supports and serves adults with developmental disabilities from Miami-Dade County, hosts a fashion show to raise money for life skills programs and recreational activities. During this year’s Legends of Las Vegas themed event, CHC members, who range in ages from 21 to 71, became catwalk stars and models on a stage bathed in colorful light. 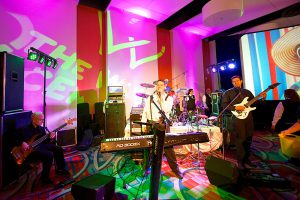 “We are so grateful to Chauvet for all the love, time and energy they poured into our fashion show,” said CHC Executive Director Natalia Laver-Wong. “Over 700 guests experienced a magical event thanks to the lighting provided by Chauvet.”

“It was a privilege to be a part of this year’s CHC fashion show and help the members of the CHC shine on stage,” Gressier said. “I cannot thank CHC enough for this magnificent opportunity and would like to express my gratitude to Chauvet and Nick Airriess for supporting this great cause.” 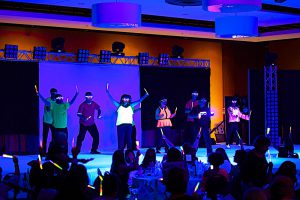 Twenty-two CHAUVET Professional WELL Quad-M wireless wash lights lined the perimeter of the room and added bright columns of saturated color. “The WELL Quad-M provided us the flexibility to add light where we needed it because of their compact size and wireless capabilities,” Airriess said. “They worked flawlessly and added a level of elegance to the event.