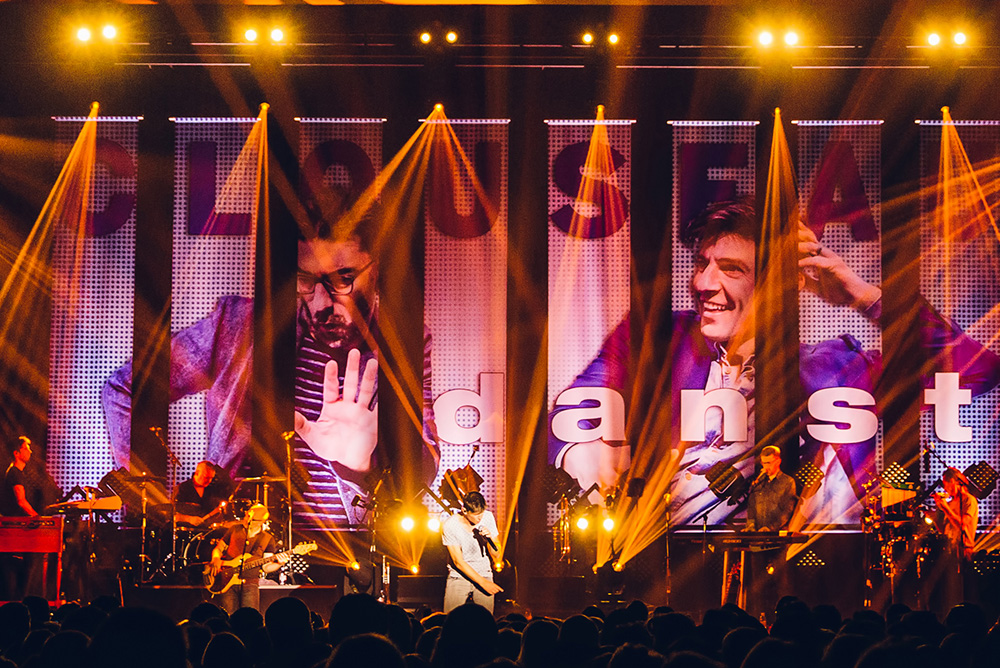 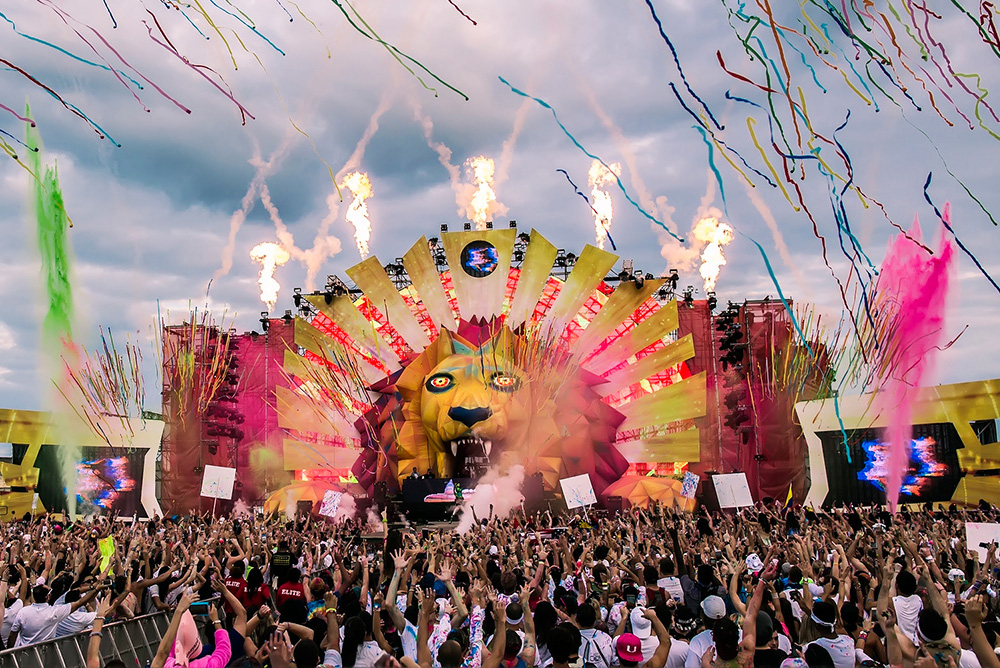 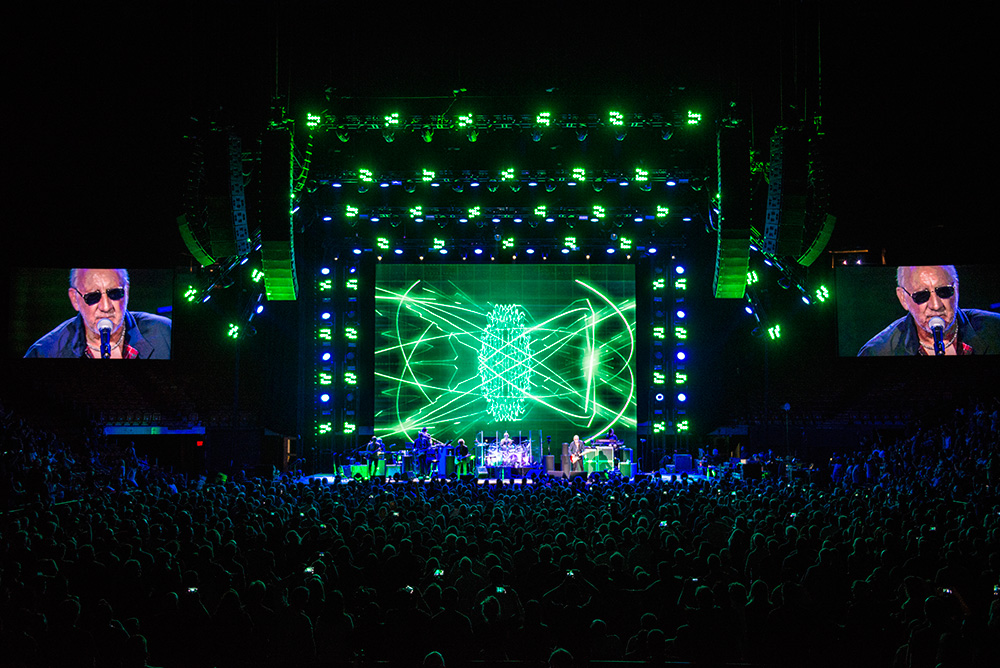 The Who CHAUVET Professional 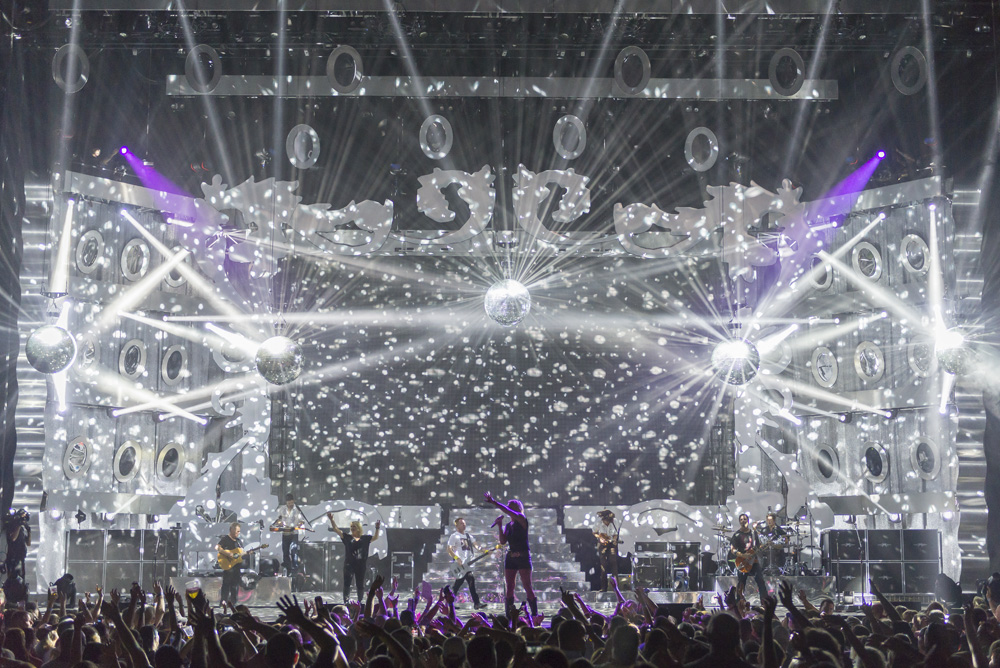 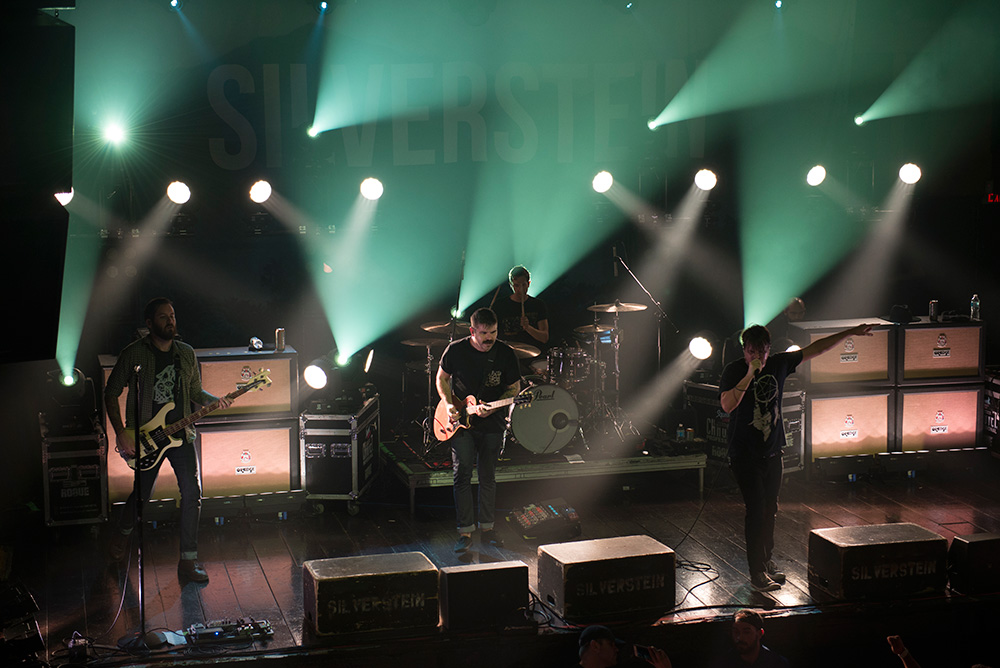 All eyes were on the Worldwide Stage at the Ultra Music Festival, and why not? With a superstar studded lineup of the crème de la crème of the EDM world performing, plus a surprise two-song appearance by Ariana Grande, the thousands of fans at the Worldwide Stage pavilion were transfixed by the scene on stage. This year, the awestruck crowd did more than look at the stage, they had their collective vision funneled into it, thanks to a commanding lighting and truss design by Steve Lieberman of SJ Lighting. A line of 12 intense Nexus Aw 7×7 warm white LED panels from CHAUVET Professional ran across the structure behind the DJ booth. Overhead were 36 additional Nexus Aw 7×7 panels on two curved rows at the base of the bridge arch that sloped toward the stage.

A massive replica of the king of the jungle towers over the festival stage, capturing attention through its sheer 56’ wide by 43’ tall size. Daniel Bouchard, Production Director of Life in Colo and Lighting Designer Collyns Stenzel gave the lion its lively eyes by using PVP X6IP LED video IP panels controlled by a VIP Media Server Pro and VIP Driver. The giant customized inflatable structure had pockets created to hold six PVP panels (three per eye). With 4,500 NITS brightness, the tiles are having no problem standing out, even during the festival’s sunlight hours or against the massive number of moving fixtures that are being used to illuminate the giant lion structure. Bouchard and Stenzel also used 270 MVP 18 tiles from Chauvet to add movement, color and a magical glow to the lion replica’s mane. The MVP 18 units are arranged in strips measuring two tiles wide by 12 to 16 panels high in between gaps in the lion’s tresses.

Tom Kenny is Production and Lighting Designer for the current The Who Hits 50! North American/European tour. He has been designing for The Who, as well as the solo productions that Pete Townshend and Roger Daltrey do on a regular basis, since 1990. Kenny has been working with the Nexus panels on a number of his projects ever since CHAUVET Professional brought him some demo versions to try out when the product first came out. “I’ve used the Nexus products on a lot of my shows and always wanted to use them on The Who,” says Kenny. “They have some very cool effects inside. They give me a great effect; they’re very bright; and they can light the whole arena. They’re just very powerful and they give lots of different variations.”

Lighting Designer Chris Lisle celebrated these qualities in his lighting design for Lambert’s 2014 tour, by creating a massive “platinum” picture frame on stage, a dazzling visual element that was made all the more compelling by 47 Nexus AW 7×7 pixel-mapped panels from CHAUVET Professional.

Drawing on the combined resources of the two iconic groups, Lighting Designer Victor Zeiser from Squeek Lights’s put together a muscular rig that included six Nexus 4×1 linear COB LED fixtures, 12 Rogue R2 Washes, 10 Rogue R1 Spots, and 16 Shocker 90 IRC par style fixtures. Although the two bands shared most of the backline, the LD varied how key elements of the lighting rig were used for each act during the tour.