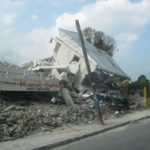 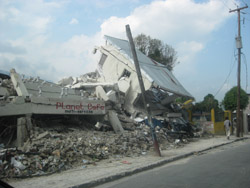 HOLLYWOOD, Fla. – In the wake of the catastrophic earthquake that left more than 1.2 million homeless in Haiti, CHAUVET has teamed up with the charity organization Food For The Poor to raise funds for the construction of homes in the devastated Caribbean nation. Starting in April, the Florida-based company aims to raise $52,000 in four months to build 20 homes in Haiti. Owners Albert and Berenice Chauvet, who are both Haitian-born, are kicking off the campaign with a personal commitment to fund four homes.”This is a human tragedy that we can all relate to,” Albert Chauvet said. “The good news is that, with very little money, you can have a huge, concrete impact in someone else’s life.” 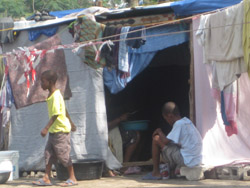 Food For The Poor has a strong tradition of involvement in Haiti, where it builds housing units at an average cost of $2,600. In addition to providing emergency relief and housing, the organization aims to break the cycle of poverty by offering solutions for self-sustained living with vocational training, agricultural programs and the establishment of fishing villages equipped with boats, motors, sheds and freezers. 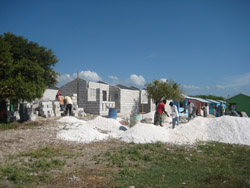 CHAUVET plans to solicit donations primarily through a dedicated Web site www.foodforthepoor.org/chauvet, digital communications, and its network of media organizations, suppliers, designers, dealers and distributors in the entertainment and architectural lighting industry. CHAUVET has pledged to match donations of up to $10,000. Haiti‘s ongoing housing crisis has found itself acutely exacerbated by the earthquake. Right now, hundreds of thousands of Haitians live in tents or dilapidated shacks made of cardboard, plastic, tin or whatever materials can be scavenged from garbage. 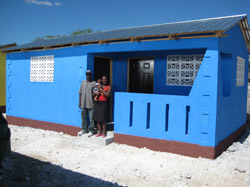 “Our donors have given a tremendous amount in the past two months to ensure that their brothers and sisters in Haiti have a chance to eat, drink clean water and lie down under some kind of shelter at night,” said Robin Mahfood, President/CEO of Food For The Poor. “We are grateful for their committed support and we will continue to count on their generosity in the long recovery we have ahead of us. The most immediate threat will be the rains that come with hurricane season.” 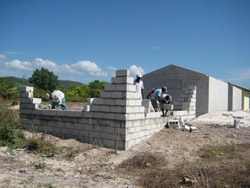 The 12 x 12 square-foot homes are built with cement blocks and covered with galvanized sheet roofs. To address the need for larger accommodations, two housing units are sometimes joined to form one double-unit home.

In 2009, Food For The Poor built 6,371 new housing units in the Caribbean and Latin America. Since 1982, the organization has built more than 61,200 housing units and completed more than 1,000 water projects among others. Find out how you can get involved, by visiting www.foodforthepoor.org/chauvet

This entry was posted in Corporate Responsibility, News. Bookmark the permalink.