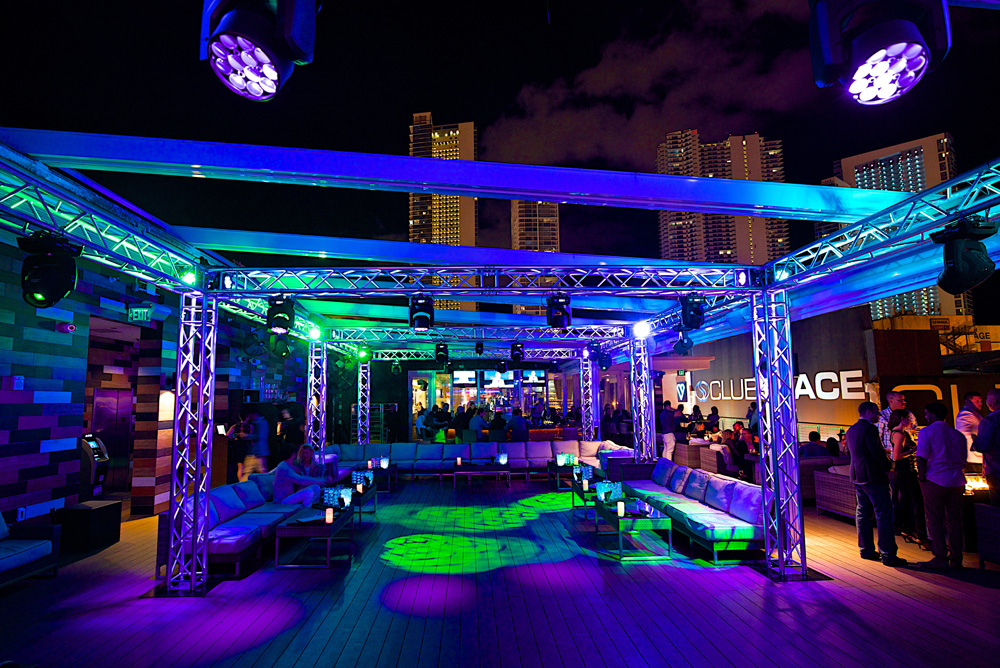 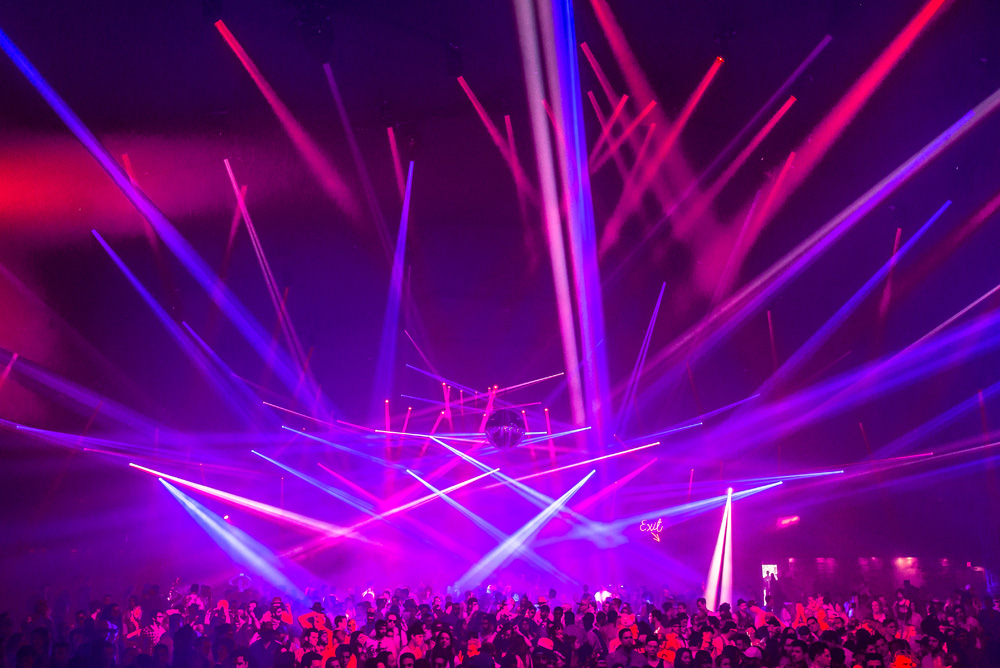 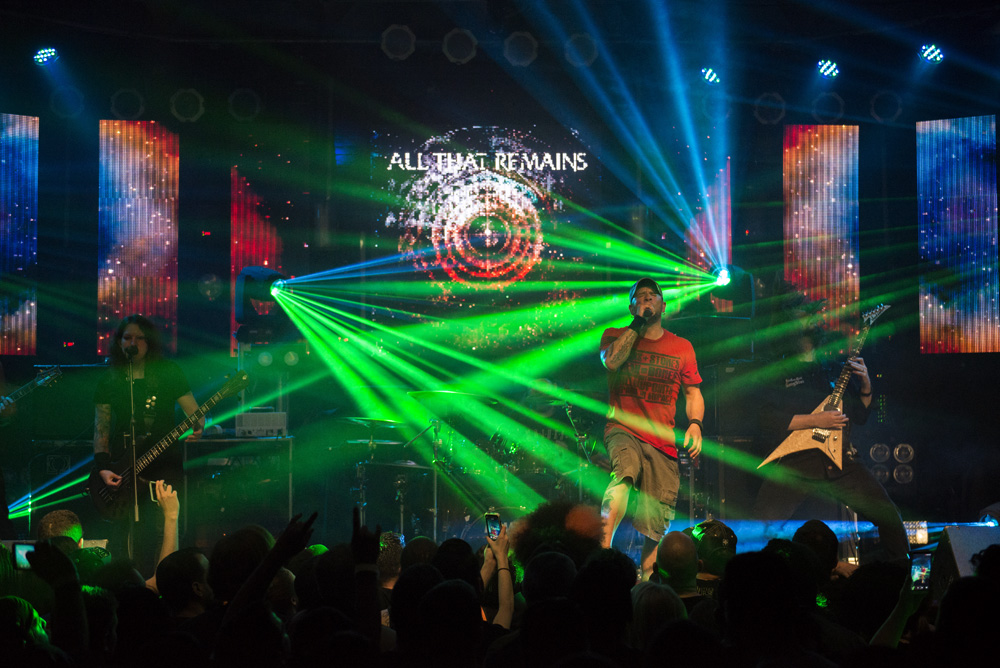 All That Remains Chauvet Professional 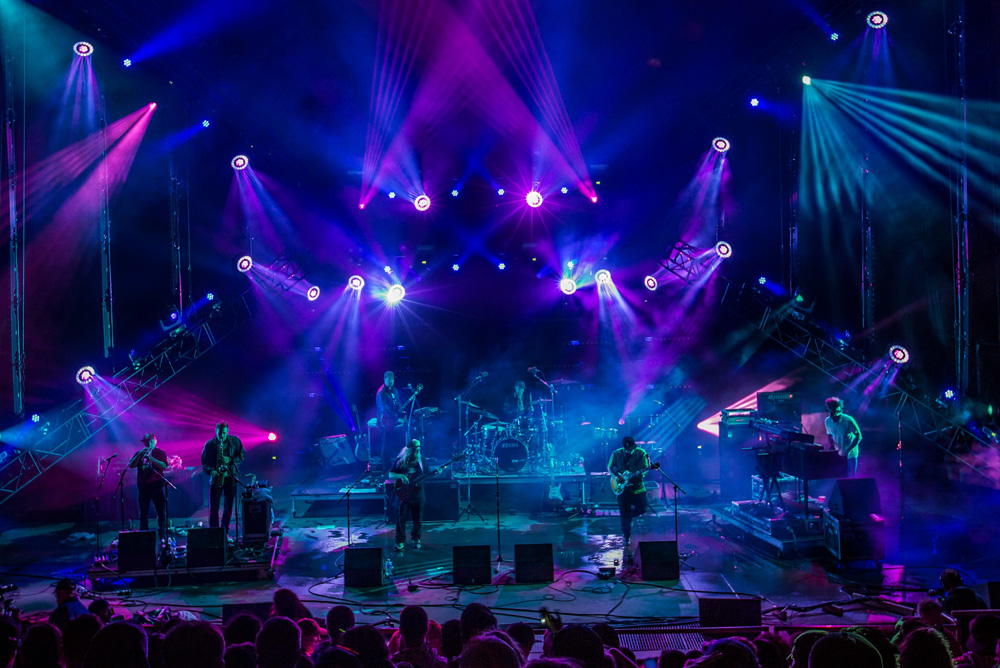 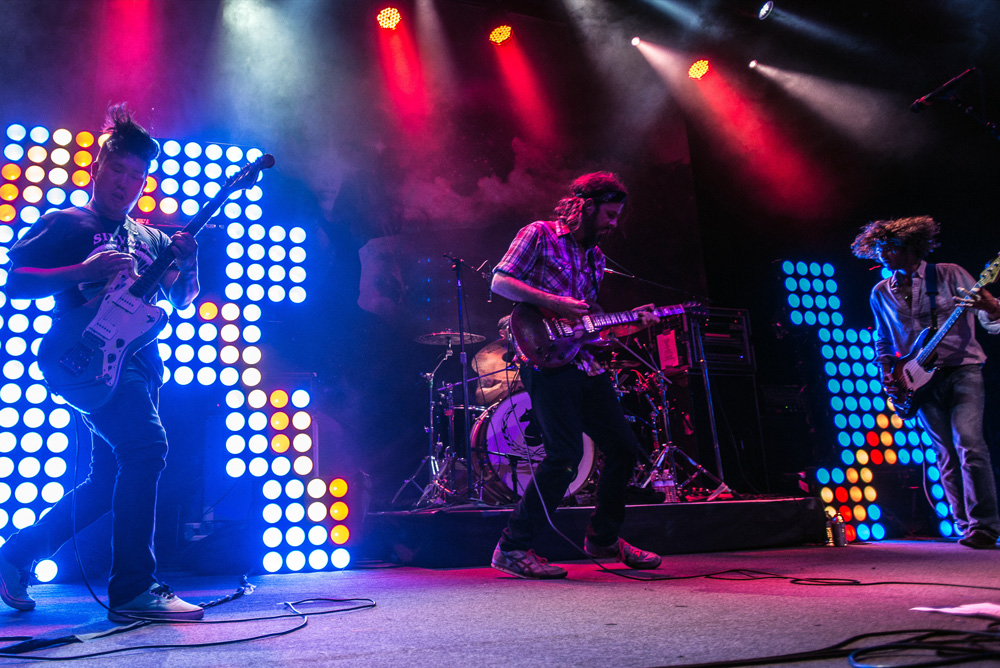 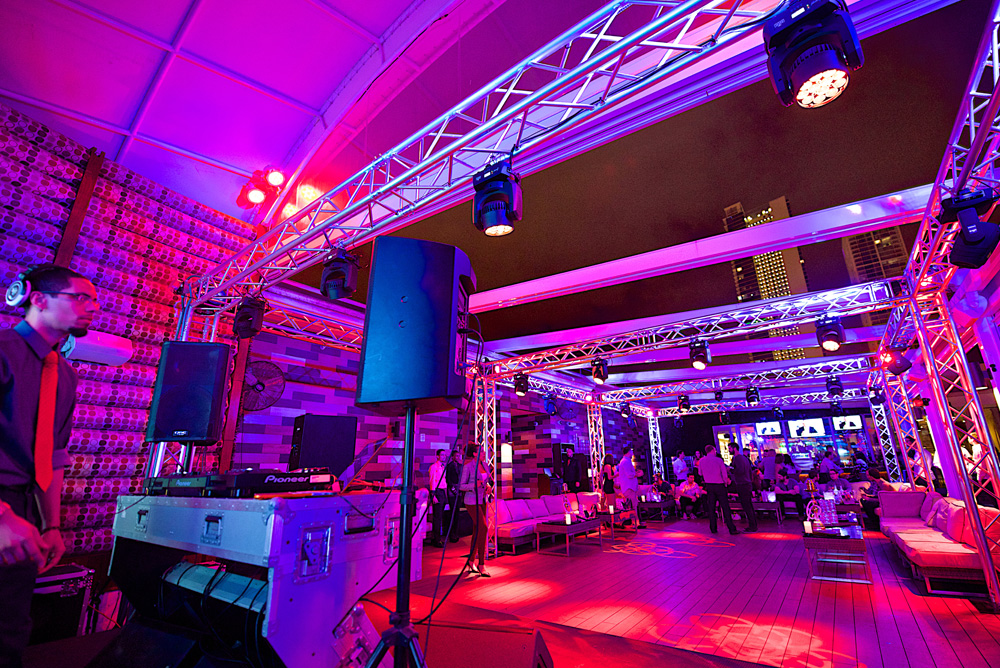 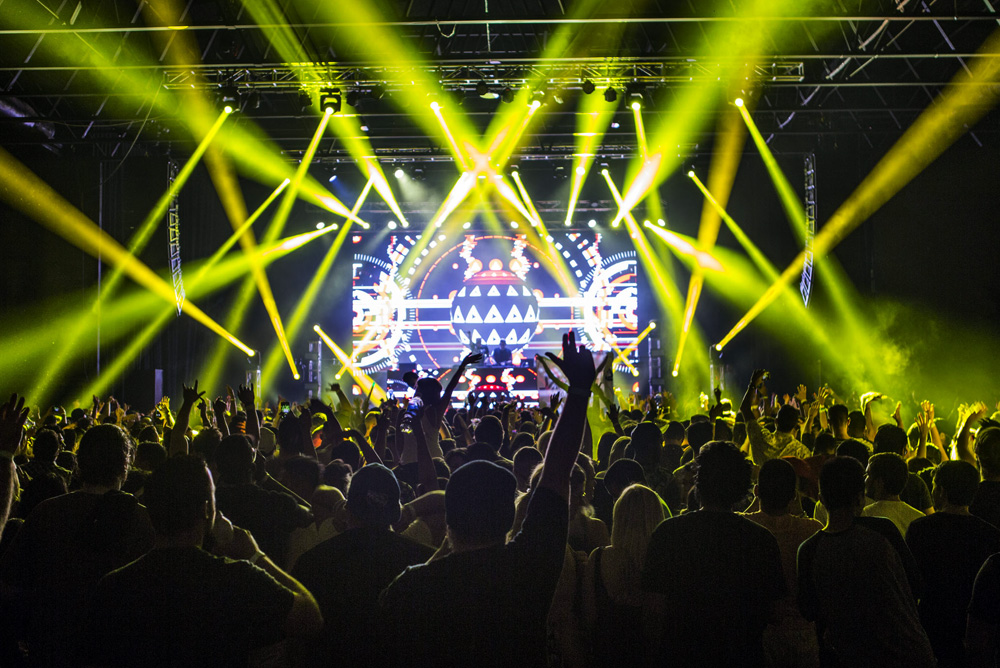 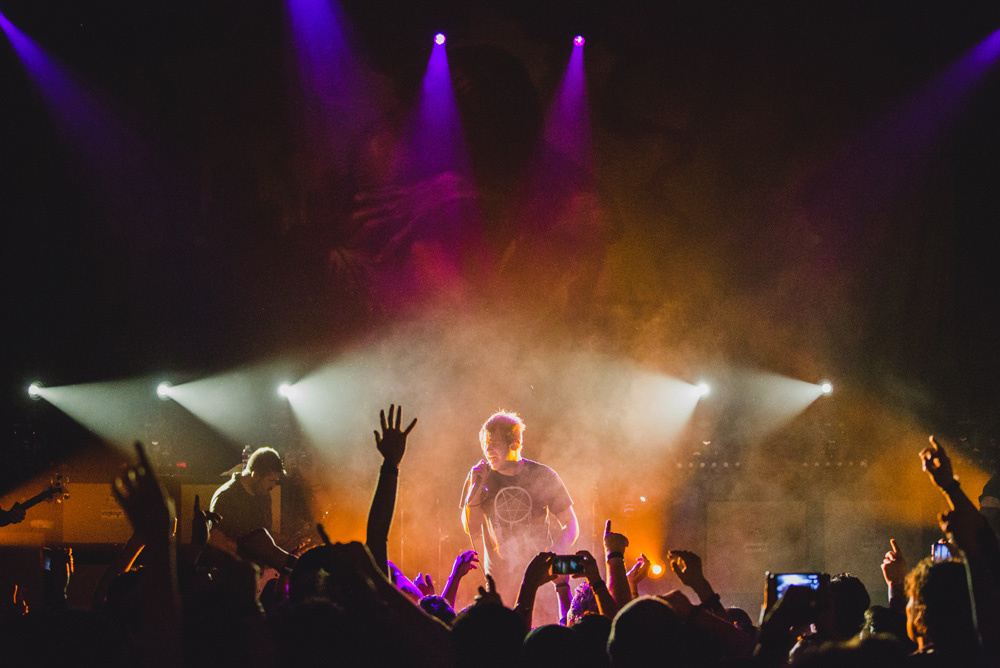 Since its opening in 2014, E11EVEN has featured a procession of superstars from Drake to A-Trak on its stage—and that has been during normal times! During Winter Music Conference last year, the chic two-story downtown Miami club was a magnet for hip hop, house music and EDM heavies. There were so many artists slated to perform at the club that its management decided to expand stage space by booking some acts to perform up on the open, airy cabana style Rooftop Terrace over the second floor.

For those looking to enjoy a club experience, though, the center of the two-weekend festival was the massive and air conditioned Yuma tent, where a bevy of talented house and techno heavies performed in a nightclub-like setting that featured an eye searing lightshow designed by Steve Lieberman of SJ Lighting, Inc. The renowned LD added an extra dimension to the DJ booth at Yuma by calling on the atmospheric power of the Geyser RGB LED fogger from CHAUVET DJ.

It was a happy marriage made in metallic heaven, when We Came As Romans and All That Remains locked up for their full throttle “Hard Drive Live Fallout Tour.” Each of the mega metal groups was riding high on the Billboard charts. We Came As Romans’ self-titled LP rose to the Top 10 of Independent Albums, and ATR’s “The Order Things” had thundered its way into the Top 25. Both bands hold each other in high esteem, telling the press that they were “ecstatic” to be playing together. Both also shared a mutual admiration for the eye-searing lighting design that LD Peter Therrien created using a collection of Nexus Aw 7×7 warm white LED panels and Legend moving heads from CHAUVET Professional.

When it comes to naming albums, Lettuce is a band of few words. Following the success of its two previous releases, “Rage!” and “Fly,” the group came out with its latest record “Crush” in November 2015. The album has barreled all the way to the top of the US Jazz Albums charts. The recent Crush Tour delivers the big sound associated with its namesake album. It’s a sound made all the more powerful on stage by an appropriately potent lightshow by production designer Gabe Fraboni and lighting designer Wiley Cutler, using a collection of Rogue fixtures from CHAUVET Professional, provided by 4Wall Entertainment.

Since 1995, Rx Bandits has been blowing past musical boundaries, joyfully blending and twisting rock rifts here with reggae slants there, then adding a little ska or jangle to come up with a fresh exhilarating sound that’s hard to categorize, but very easy to love. Recently, for the group’s highly anticipated Gemini Her Majesty Tour, LD Sohail e. Najafi returned the favor by helping the convention-defying band enter a new lighting realm with some brilliantly pixel mapped Nexus 4×4 panels from CHAUVET Professional.

World-renowned club designer Michael Meacham of iDesign delivered what E11EVEN was looking for, and then some, by blanketing the rooftop area in soft, richly colored light, courtesy of CHAUVET DJ Intimidator Spot LED 350 moving fixtures and Rogue R2 Washes from CHAUVET Professional. He positioned 16 of the Rogue washes and 6 Intimidator Spots on perimeter truss that measured 43’ long by 20’ wide. He also used truss warmers to accent the structure, which surrounds much of the terrace. The new lighting rig does more than just serve up soothing colors, however. It also actively engages guests with motion. Not only did Meacham position the Chauvet LED fixtures on the truss that runs around the periphery of the terrace, he also positioned Rogue washes on shorter truss lines that run perpendicularly into that peripheral structure.

The intensity and movement on stage is pretty much nonstop for Cash Cash and Tritonal on their national Untouchable Tour in support of their collaborative hit of the same name. One would expect nothing less from artists that Billboard has dubbed two of EDM’s rising stars. Taking the stage at large theatre-style venues like Club Nokia in Los Angeles and Terminal 5 in New York, the two high-energy groups draw their fans into a swirl of movement and music accented by a hard-driving lightshow from lighting designer Aaron Kovelman (aka Ronny Redrocks) that features a collection of Rogue RH1 Hybrid fixtures from CHAUVET Professional.

With over a million albums sold, Canadian post-hardcore group Silverstein has defied expectations as well as easy categorizations. Moving seamlessly from reflective emo tunes to pop punk power chords, these young artists are bent on keeping their creative options open. This independent streak is enthusiastically shared by the band’s LD Victor Zeiser. Wanting to expand his creative direction as a lighting designer, Zeiser recently started his own rental company, Squeek Lights, and purchased his own gear so he could pursue his unique design vision. Included in this mix of fixtures are a collection of Rogue R1 Spot moving heads and COLORdash Batten-Quad 6 linear washes from CHAUVET Professional.