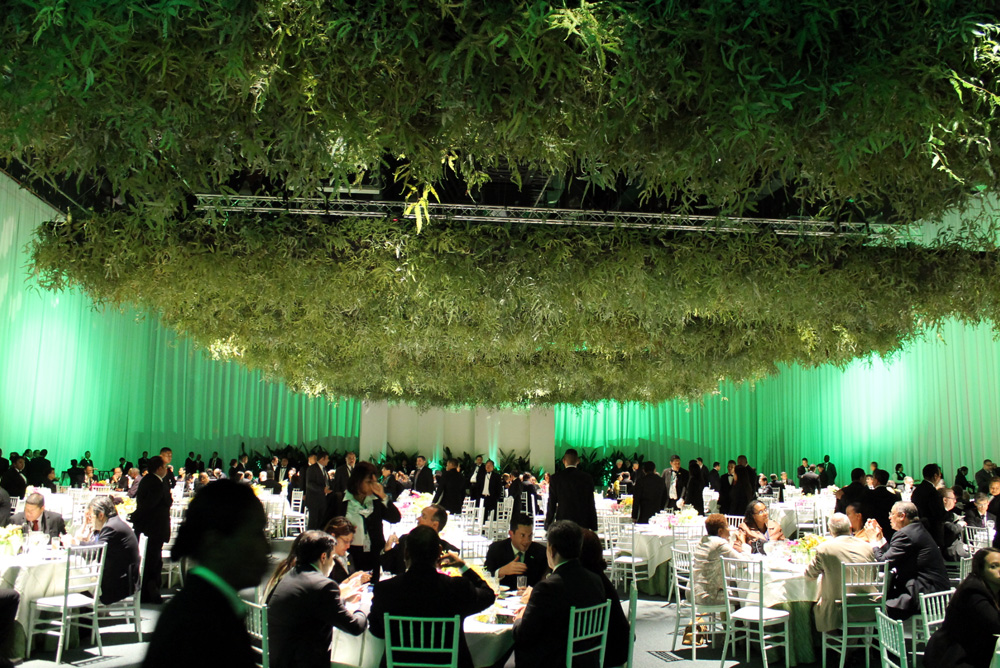 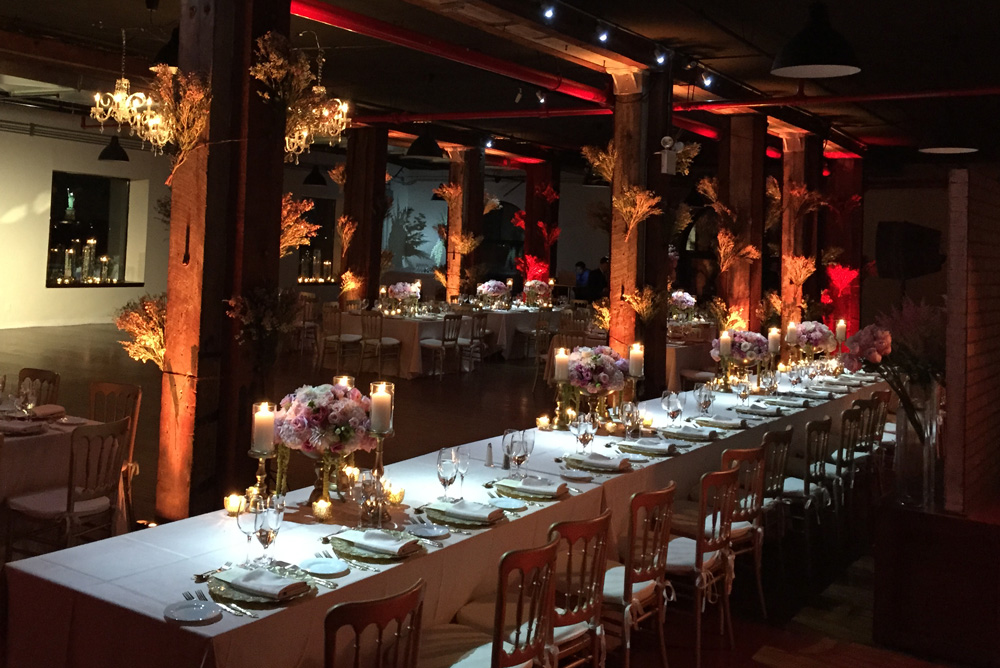 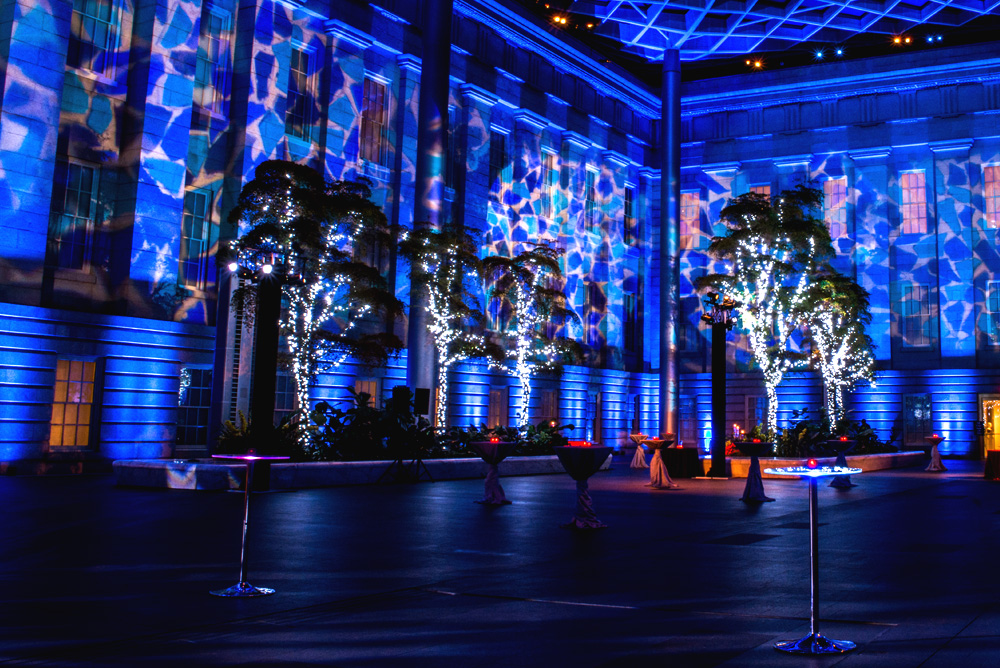 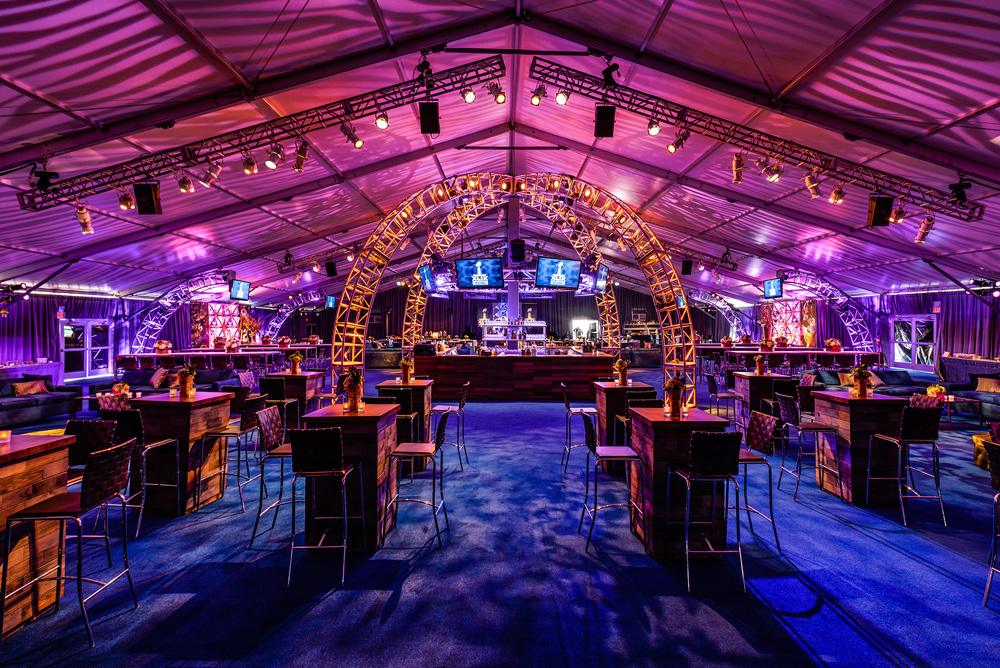 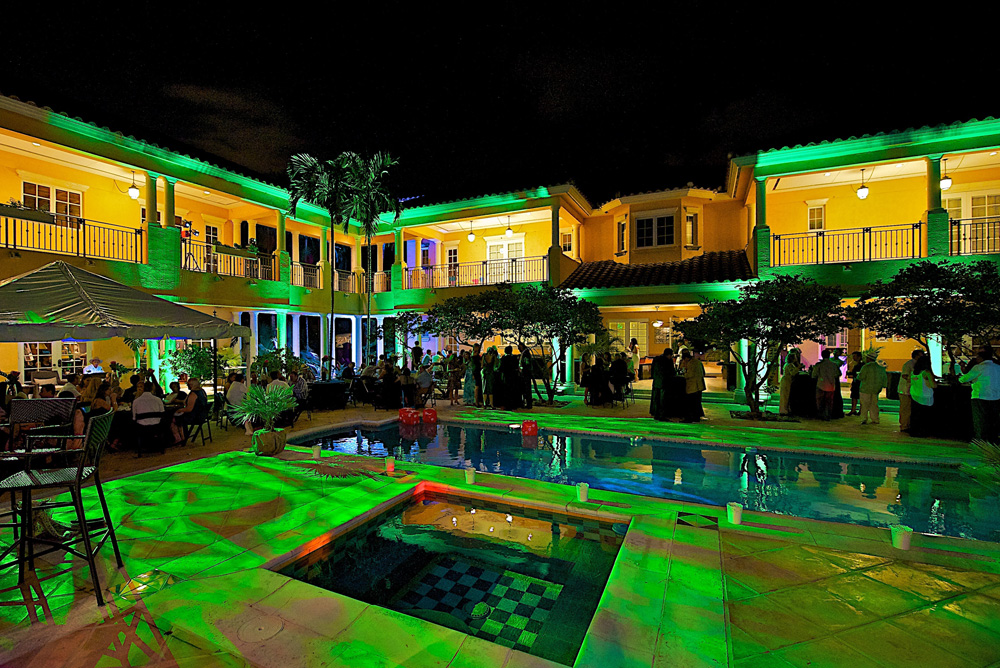 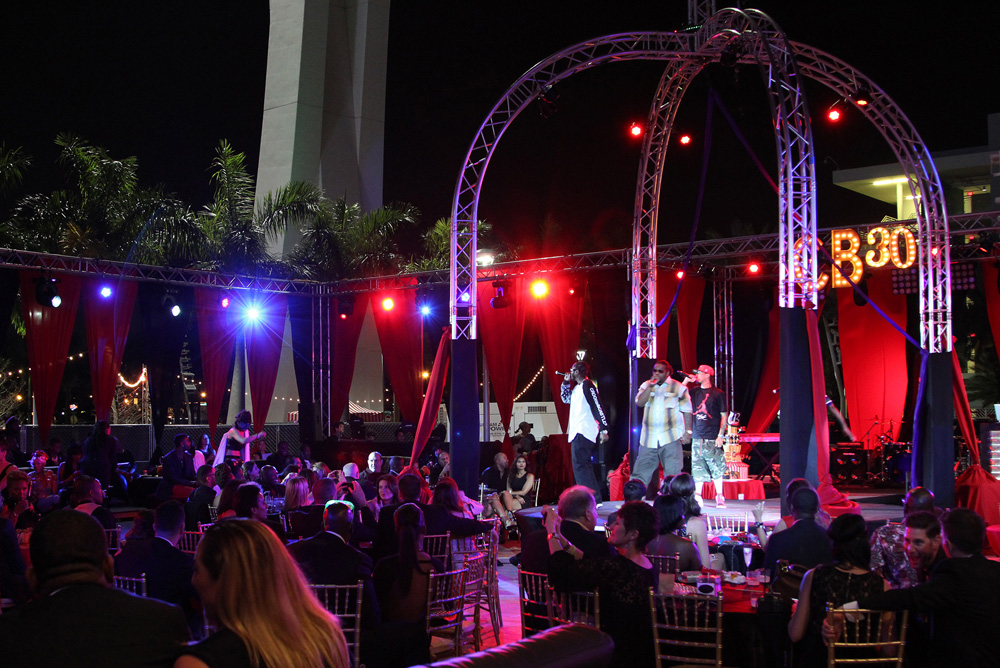 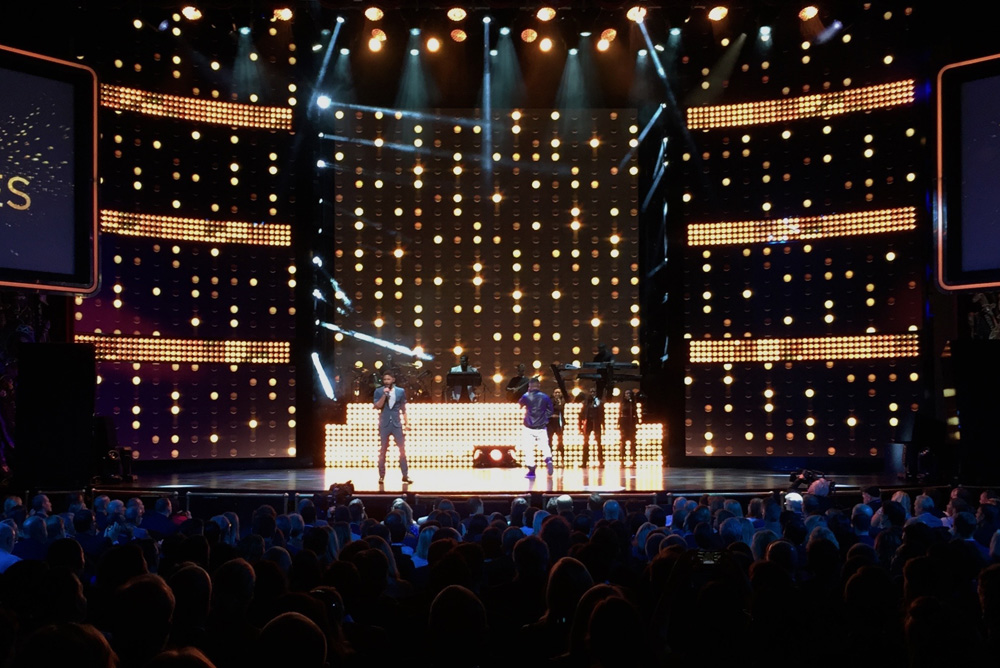 Summit of the Americas

Humberto Barrera was asked to create the lighting design for the Seventh Summit of the Americas (VII Cumbre de las Américas), he went with fixtures he knew and trusted. For Barrera that meant putting together a lighting rig that included over 100 COLORado and Ovation fixtures from CHAUVET Professional. “Due to the nature of the Summit, we needed fixtures that would be one-hundred-percent reliable,” said Barrera, sales and project manager of Compañía Distribuidora Alfaro Musical. “Also I had to be aware that since many of the lights would be installed in inaccessible areas, any failure would be catastrophic for the continuity of the event.” Having worked with Chauvet fixtures extensively in the past, Barrera felt confident that they would perform flawlessly throughout the two-day Summit.

When New York A-listers tie the knot, they often choose to hold their weddings and ceremonies at the prestigious Liberty Warehouse. This was the case recently when a prominent event planner got married. She called on Jeffrey Kwan of Canal Sound and Light to light the ceremony. Kwan delivered an elegant lighting package with mood-setting uplighting and stylish pin spotting, thanks to an assist from a collection of fixtures from CHAUVET DJ. Kwan used 30 battery-powered Freedom Par Quad-4 RGBA LED fixtures to uplight the dining area of the historic building. Controlling the wireless fixtures remotely, he was able to change colors during the evening to set different moods.

John Farr of John Farr Lighting Design described his first project with his new Ovation E-910FC fixtures, an event at The Smithsonian Institute’s Robert and Arlene Kogod Courtyard, home to the National Portrait Gallery. “We placed 24 E-910FC fixtures on truss towers with up to six units per tower to execute a pattern wash on the walls of the room,” he explained. “With our previous legacy products, the same design required almost a thousand feet of distribution cable run throughout the venue. The E-910FCs, with their two amp draw, allowed each tower to run off a single circuit, drastically reducing the equipment, time and labor necessary to execute the design.”

There were plenty of good reasons for the people at NBC to feel good about Super Bowl XLIX: the ratings were astronomical, advertising sales were record breaking and the company’s onsite party directly across the street from the University of Phoenix Stadium was nothing short of spectacular, thanks to some inspired event planning by Angel City Designs and a stylish lighting rig by James Schipper of Kinetic Lighting. Schipper called on a plethora of LED fixtures from CHAUVET Professional to strike a visually pleasing sense of casual sophistication at the NBC pre-game party tent. With 800 VIP guests, including a good representation of on-air talent, this was definitely not your typical Sunday tailgating party.

To say that Chris Bosh’s 30th birthday party was spectacular is akin to describing the 6’11” Miami Heat forward as simply “tall.” Bosh’s wife Adrienne marked her hubby’s special day with one big bad mean beast of a bash that thundered past any normal definition of “party” by serving up an exhilarating mix of A-list guests, star-studded performances, carnival games and more. LeBron James, Dwyane Wade and the rest of Bosh’s teammates were at the party, as were Bone Thugs-N-Harmony, rapper Ty Dolla $ign, Gary Owens and Gabrielle Union, along with 168 fixtures from CHAUVET Professional.

Standing out is always important in the world of television, but never more so than during Upfront’s Week, an annual event that sees networks pitch their upcoming programs to potential sponsors. For the Fox Broadcasting Company this meant renting the historic Beacon Theater on Broadway, and bringing in a bevy of stars like Gillian Anderson and David Duchovny of The X-Files fame, Lea Michele, Jamie Lee Curtis, and a musical performance by the award-winning cast of Empire, Jennifer Hudson and dancers from the cast of Grease Live! to entertain guests. Adding a dramatic visual element to the high-profile proceedings were two giant video screens set off by the striking light of over 60 Nexus 4×4 panels from CHAUVET Professional.