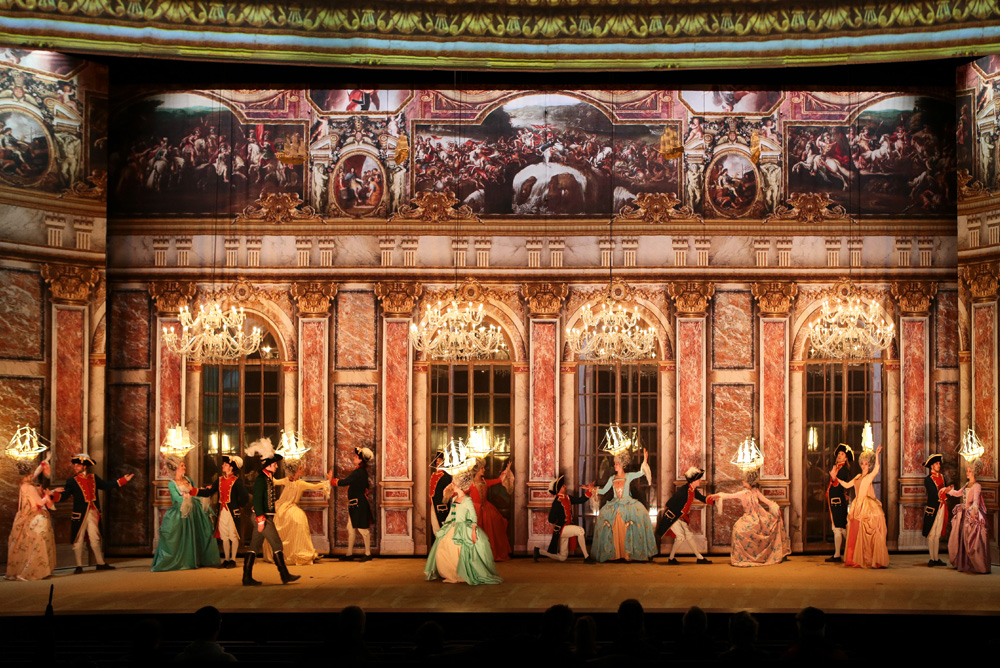 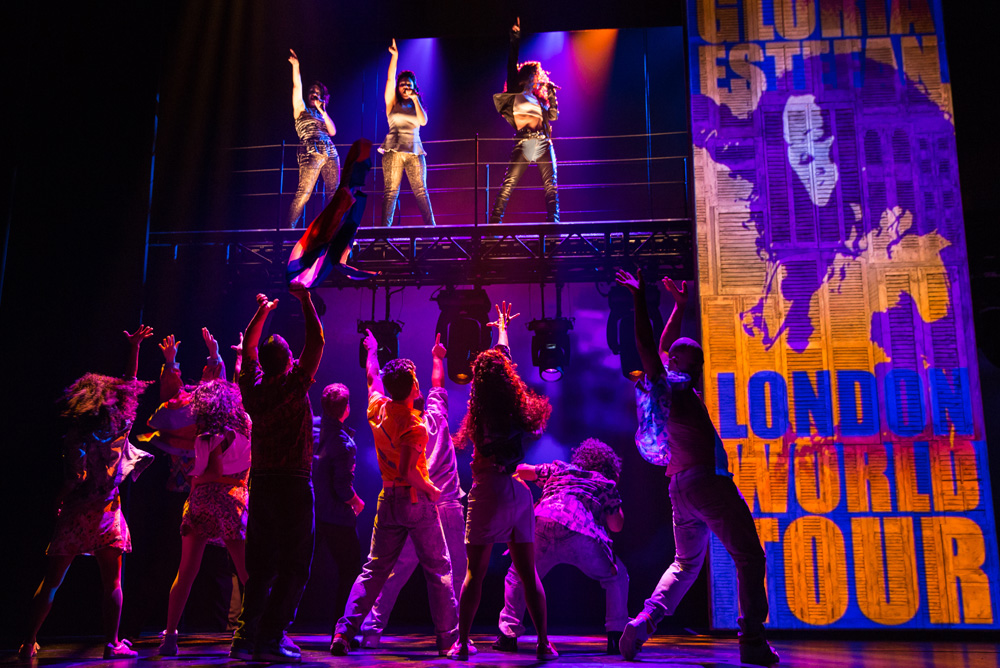 On Your Feet CHAUVET DJ 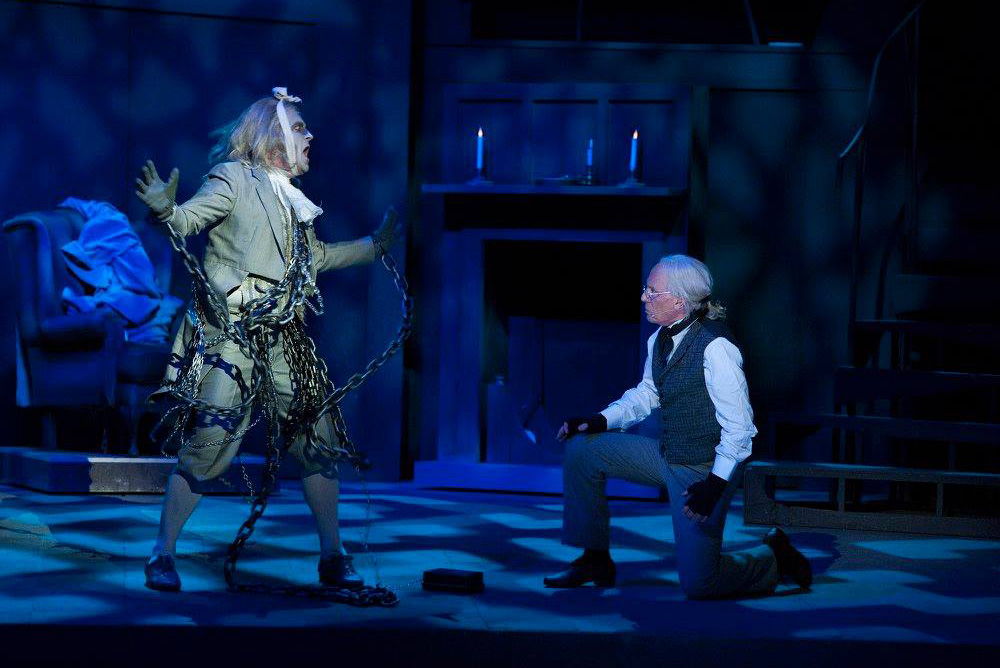 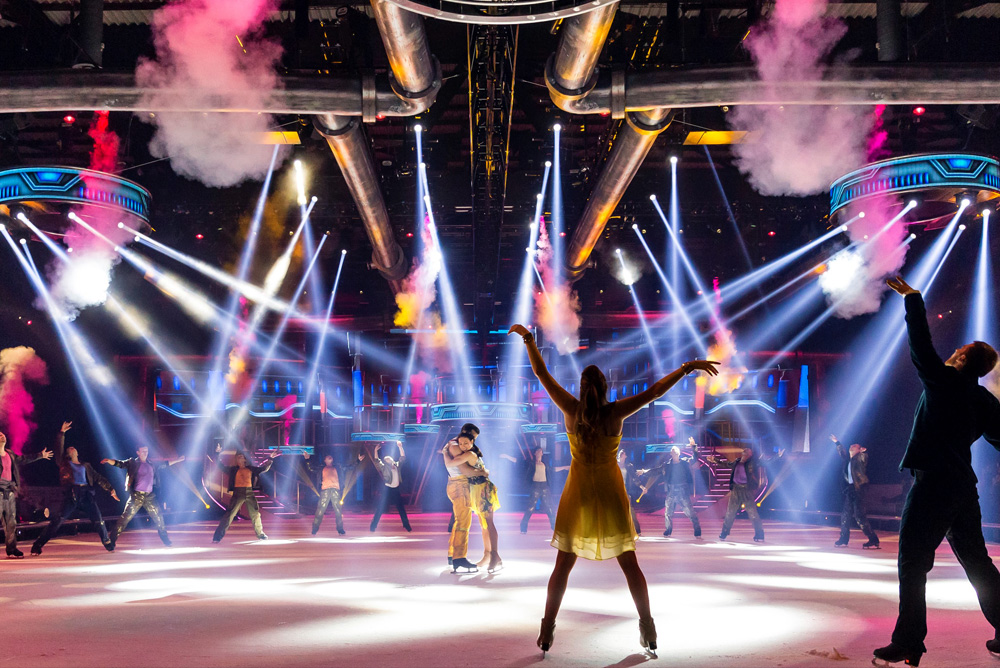 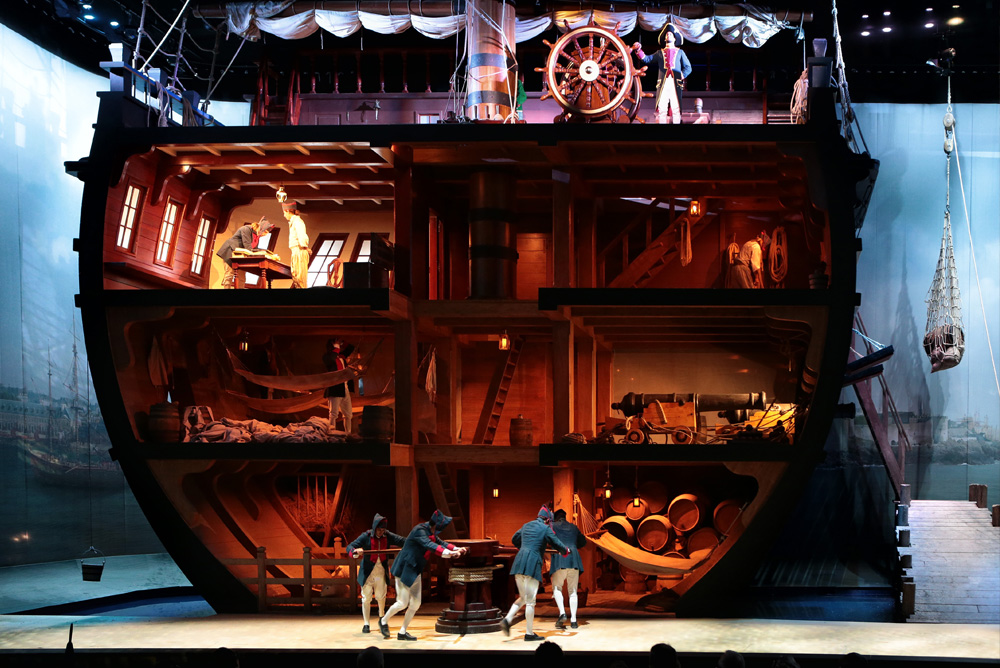 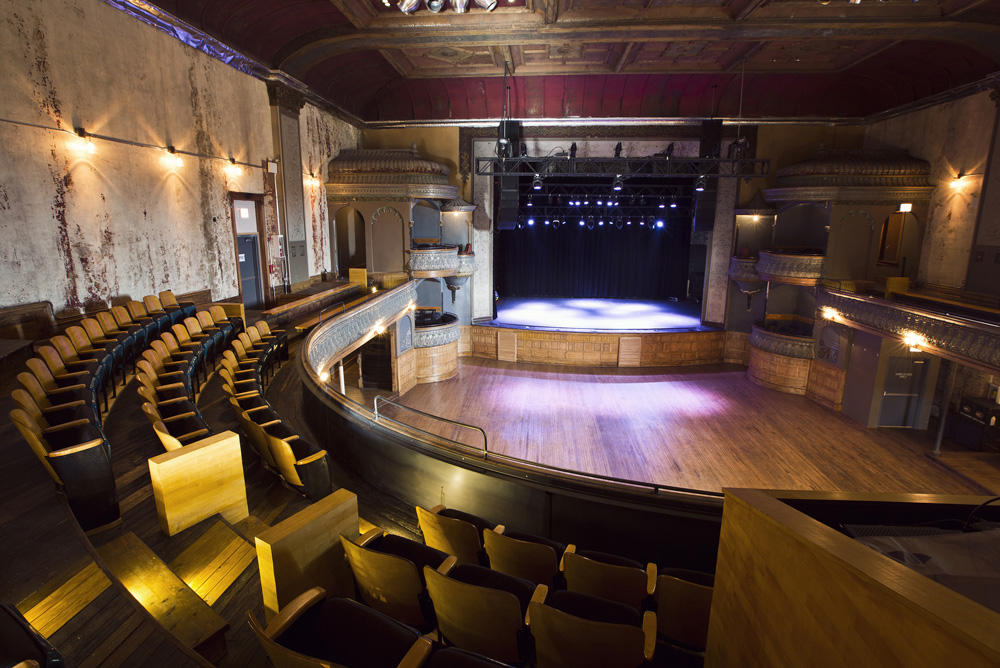 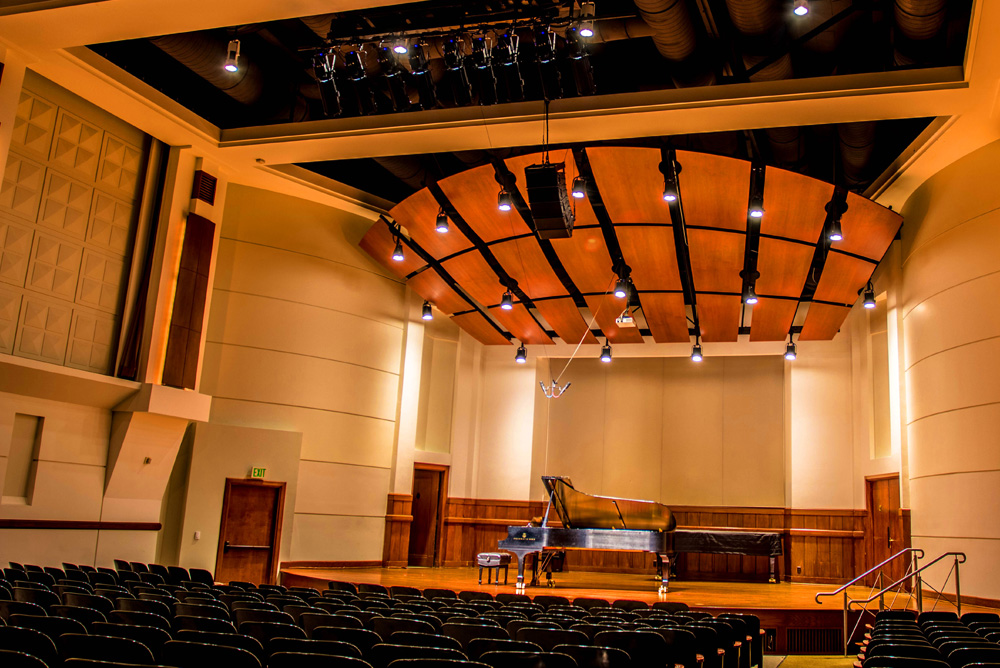 A group of 30 characters performs in Le Dernier Panache, playing out their scenes in 22 sequences on seven different stages that the audience views as the seating area rotates. It was up to Vermeulen and his team at ACT Lighting Design to help make the transitions from scene to scene so seamless that the changeovers are virtually imperceptible to the audience. The Brussels-based LD accomplished this feat through careful planning, a deft lighting design and the adroit placement of fixtures, including 120 Ovation E-910FC color mixing ellipsoidals from CHAUVET Professional.

The Broadway hit On Your Feet captures the magic of Gloria Estefan’s and the Miami Sound Machine 1980’s dance and concert scene that spawned the superstar band in a way that’s as smooth and graceful as one of its lead singer’s signature dance hits. On Your Feet was the product of relentlessly hard work on the part of a lot of talented people, including director Jerry Mitchell, executive producer Susan Bristow and lighting designer Ken Posner. The Tony Award-winning LD faced the challenge of creating a concert-style lighting look on a smaller Broadway stage, with a theatrical budget to boot! Posner meet this challenge in convincing fashion with the help of 59 CHAUVET DJ Intimidator Beam LED 350 moving fixtures.

The hit musical and family favorite, A Christmas Carol, is arguably the indisputable Christmas classic. Tasked with bringing the tale of Christmas to life at Blackpool’s 3,000-capacity Opera House – a venue which also boasts one of Europe’s largest stages – Arranpaul’s Up & Coming LD, Oliver Wilkinson opted to include a selection of six Rogue R1 Spots and 16 Q-Wash 560Z-LED moving wash fixtures from CHAUVET Professional, as well as CHAUVET DJ PiXPars into his lighting design.

The theme of the 2015 European Holiday On Ice Passion pulls back the curtain to offer a behind the scenes look at the long and magical journey that world class skaters make from obscurity to stardom. It is the dream-come-through stuff that legends are made of; and what better way to accent the ethereal nature of this fantastic tale than by enveloping the skaters with colorful puffs of clouds. Set, lighting and video designer Luc Peumans, of Painting With Light struck this evocative chord for the iconic ice show with help from a collection of 16 Geyser RGB LED effect foggers from CHAUVET DJ.

Typically, when Koert Vermeulen creates a lighting design for a theatrical production, it’s the fixtures, not the theatre and the audience, that moves; but then there are few things about Le Dernier Panache at Puy du Fou that can be considered “typical.” The largest permanent theatrical production in the history of France’s famous “Grand Parc,” Le Dernier Panache is performed in a new 7500 square meter theatre that rotates around a stage by utilizing advanced motion technology. The 2400 members of the audience don’t watch the drama, which chronicles the adventures of an 18th century French naval hero, as much as they become immersed in it on a multi-sensory level.

To the college students and young urbanites who flock to it every weekend, Thalia Hall is one of the buzziest spots in Chicago, a place to kick back, down a local beer with friends, dine on some tasty food and enjoy national acts like Panda Bear and Goat as they perform on a stage illuminated by fixtures from CHAUVET Professional. “We wanted flexible LED fixtures and moving heads that could do different things so we could create a good show regardless of who was on stage,” said Justin Wardell, senior account executive at Intelligent Lighting Creations, which provided the stage lighting set for the concert venue.

Acclaimed film director Nick Redman once said of composer Alfred Newman: “He was a true musical force, and one that cannot in any sense be replaced.” It was only fitting then that the University of Southern California named its acoustical gem of a recital hall after this film scoring icon, who won nine Academy Awards and was nominated 45 times, behind only Walt Disney and John Williams. However, while the Alfred Newman Recital Hall on the USC campus has been earning international recognition for the purity of its acoustics, the 280-seat facility’s incandescent lighting system has been aging. That is, until 4Wall Entertainment recently replaced it with an all-LED system that featured house lighting from CHAUVET Professional’s Ovation H-105WW LED Fixtures.

Broward Center for the Performing Arts

Occupying a gracefully balanced modernistic building designed by American Institute of Architecture Gold Medal winner Benjamin C. Thompson, the center has become one of the most popular theater venues in the US by combining its stunningly attractive setting with a richly diverse range of theatrical, entertainment and event offerings. So when management felt that the lighting in the center’s newly built ballroom needed to go beyond what a conventional system could deliver, they didn’t hesitate to search for something more impactful and flexible. This is exactly what they found in a collection of Rogue R1 Spot LED moving fixtures from CHAUVET Professional. The Rogue R1 Spot features a rotating 3-facet prism, seven interchangeable gobos, 16.5° beam angle, and motorized iris and focus for beam shaping. According to Bonewits, the Broward Center for the Performing Arts has drawn on these and other features of the Chauvet moving fixture to create a variety of looks for the ballroom’s diverse range of functions.