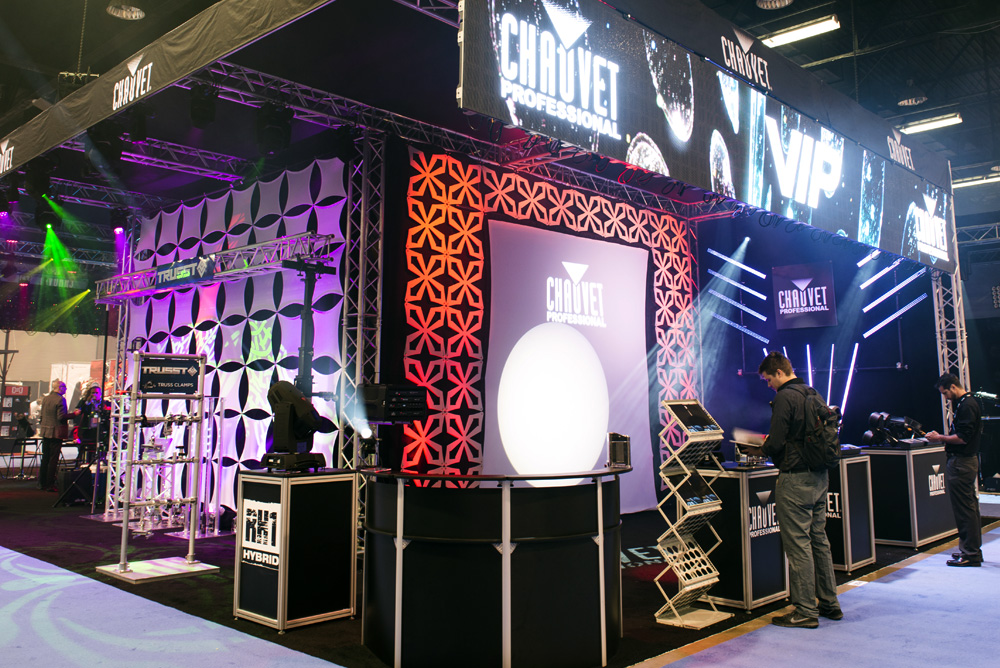 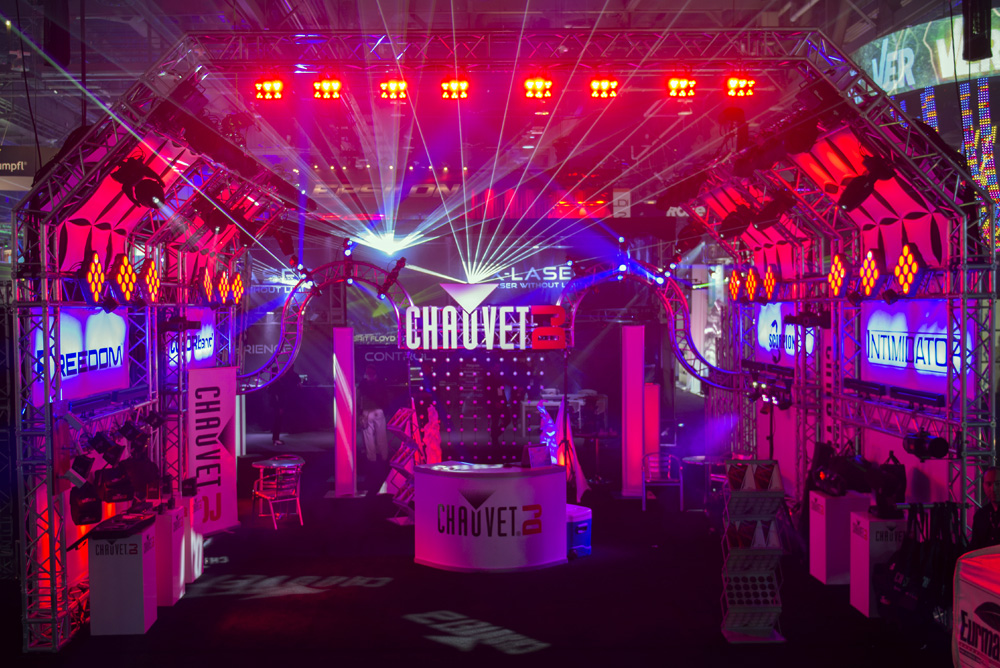 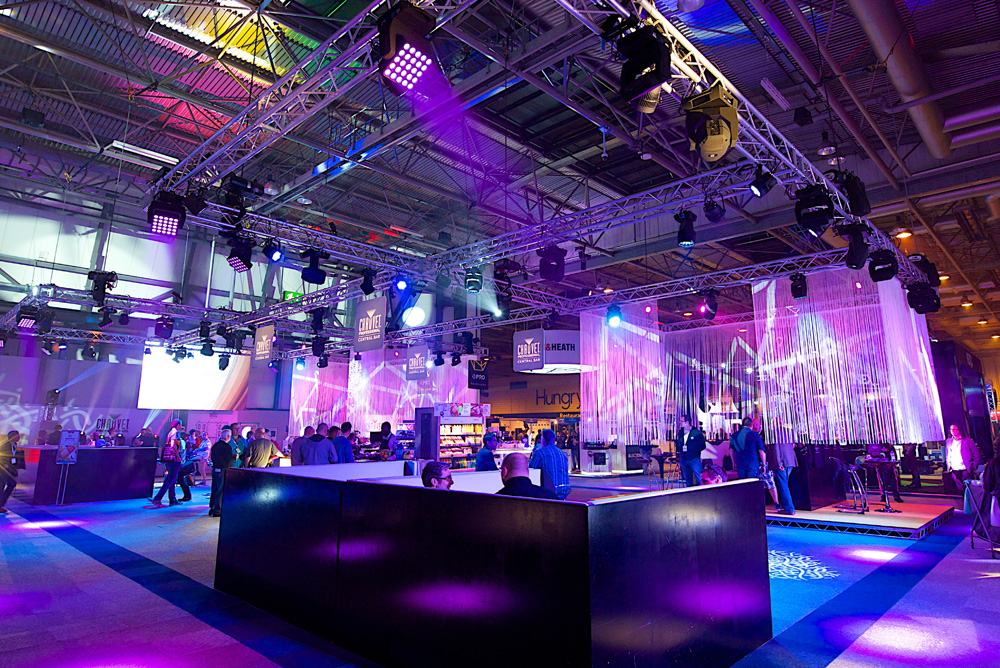 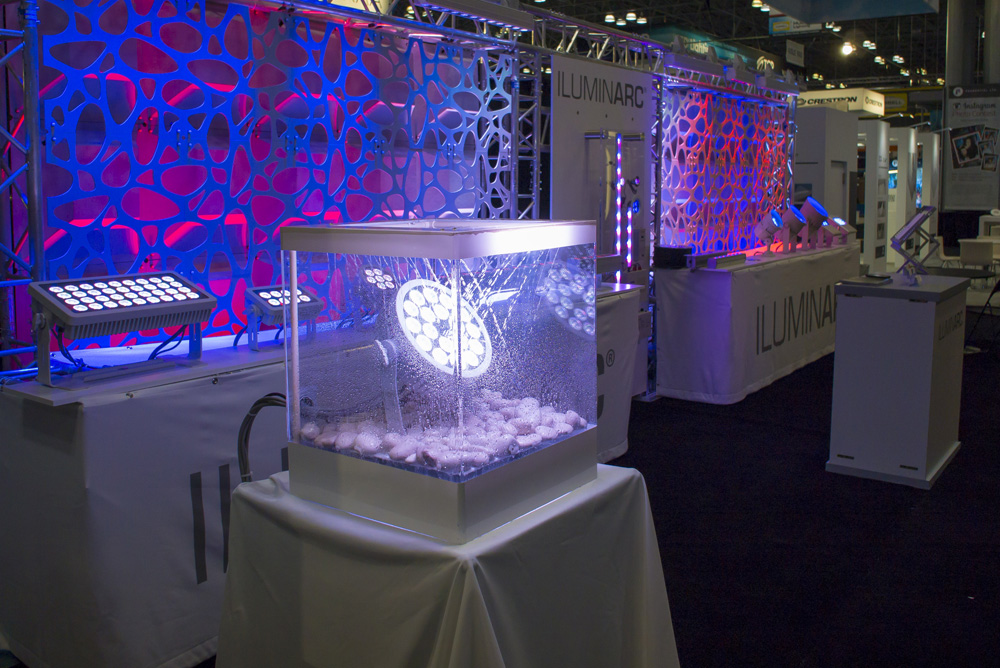 CHAUVET Professional is very exited to partner up with CHAUVET DJ to bring you another fantastic trade show experience. This year, we plan on making all of our noise with the colors of light. All of the products that we are going to be showing at this show are ready to impress. The Epix Tour Series consists of three products. The Epix Stip Tour, Epix Bar Tour, and Epix Drive 900. Épix Strip Tour is a pixel-mapping 1-meter LED strip, featuring 50 LEDs in a row and a 125-degree viewing angle for added versatility and more creative options, a dome accessory is available to widen the viewing angle to up to 180 degrees. Epix Bar Tour is a pixel-mapping 1-meter LED bar, featuring 150 LEDs in three rows and a 125 degrees viewing angle. Épix Drive 900 hosts the processing and power supply for the Épix Tour system. It supports either18 Épix Strip Tours or 6 Épix Bar Tours, or any combination of the two, with a total capacity of 900 LEDs. Épix Drive 900 supports Art-Net, Kling-Net, and sACN, giving you a variety of control options.

New York lighting designer, Jason Ayala (aka Jason Blends) was asked to design the LDI show booth for CHAUVE DJ. “When Berenice Chauvet (vice president of Chauvet) talked to me about designing the CHAUVET DJ booth at LDI, my mind immediately went back to the Gravitron and images of space travel,” he said. “Fixtures like the Intimidators and MotionOrbs have the kind of sparkling intensity that you imagine when you think of space travel. I could see arranging these lights in a circular configuration and flying them over the booth to create the impression of a spaceship taking flight.” Ayala turned this galactic vision into an eye-popping reality at the CHAUVET DJ booth with a pixel-mapped lighting design centered around a spaceship-like circular structure constructed with Trusst aluminum trussing from CHAUVET DJ’s sister company TRUSST. The structure, which flew over the middle of the booth, consisted of a 3-meter circle with four 3-meter legs extending out from its core.

As the multitude of DJs and lighting designers settle into normality once again after this year’s hugely energetic BPM show, held at Birmingham’s NEC from 12-14 September, CHAUVET DJ has been reflecting upon what is quite arguably its most successful outing at the show to date. “Although we’ve been regular exhibitors at BPM for several years now, given that we’re celebrating CHAUVET’s 25th anniversary, this year was extremely important for us,” said CHAUVET General Manager for Europe, Michael Brooksbank. “To mark this momentous milestone, we really pulled out all the stops, and it paid off…The guests were absolutely enthralled by our new products.”

We had a busy show, a packed booth each day, and lots of light! Our CHAUVET Professional Booth was designed by none other than Jim Hutchison. The ceiling diamonds were designed using our Nexis series 7×7 and 5×5.